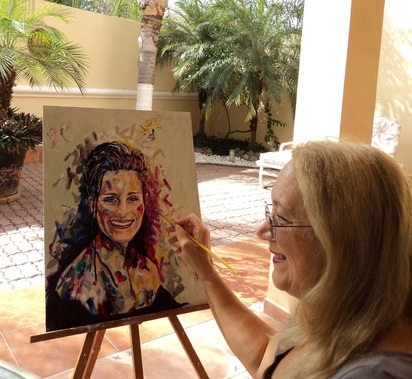 An Active Member of Canadian Federation of Artists – South Okanagan Similkameen Chapter and a resident artist at Front Street Gallery in Penticton,  Julie-Ann enjoys the rich subject matter of the sunny Okanagan as well as those on her travels.

After living in Alberta for more than 35 yrs, working in Healthcare, Social Work, Human Resources and Training, Julie-Ann moved to Penticton BC in 2007. This has made Julie-Ann an imaginative observer. Quick to see the detail and the quirky, she converts this to her figurative paintings that are alive in vibrant colored moments of meaning.

Julie-Ann's work is currently shown in western Canada and the USA.